That's a lot of flying

I know there are people who fly frequently, and whose trips are more complicated. Anyway, I'm still such a child when it comes to aero-planes, that all this excites me more than tires me out.

Traveling with the Trinity International University Music Department, we flew out of O'Hare on May 15. The beginning of our long-awaited Europe 2016 tour took us through the night to Berlin, where we had enough time to go through customs, get Euros from the Geldautomats, buy espressos, and board for the short hop to Vienna.

My next legs were to be "in-country" connections to meet my Karen in Geneva after the tour, then go over to Leipzig for the BachFest. A flight home from Berlin on June 20 completes my travel on the university ticket.

But life - or in this case, death - intervened. One week into the 3-week tour my father-in-law let slip the bonds of mortal flesh, and passed into his eternal reward. Joe had been in hospice, and my Karen and I had talked beforehand about options should this happen during my trip. Karen was with him for several days - and at the end - and we talked (thank you Google hangouts!) on Sunday afternoon Germany time. I bought a round-trip flight to be home for Karen, attend the service, and linger a bit before returning to the university music tour. The 2-legs-each-way trip got me thinking about how much I was going to be in the air - and in airports - this summer.

Observations so far:
AIR BERLIN: the most comfortable economy class I've ever been in for an overseas flight. Not to mention, German, and English with German accent!
EURO WINGS: it looked like it was going to be more of a no-frills flight than it actually was. Nice, if cramped. But it was only a 1-hour flight to London. And it is supposedly a United partner, so . . . miles?
UNITED: well, it's United, it's economy, and I was pretty near the back of the plane. Short notice, you see. It would have been OK for all that, except at the last minute a college group had booked all the seats around me when their flight to Newark was canceled that morning. So, I might have had an empty seat next to me, and no one sitting behind me (seat backs down, anyone?); but I didn't.
HEATHROW AIRPORT: I had carelessly left my carry-on bag on the EuroWings plane when I got off in London. When I realized that, I began a 2-hour process of finding out what I needed to know and to do, then getting it done, then getting to my Chicago flight. Whew! Long story, best told in person, but the upshot is that everyone who I talked to in this airport was kind, patient, and helpful -- from airline employees to customs, to baggage claim helpers. Truly, I felt blessed (if more than a little stupid).
O'HARE AIRPORT: So that made my arrival in Chicago, my home town, arriving with a U.S. passport where my native language is spoken in familliar accents, such a disappointment. Honestly, could we be any less hospitable? Terse, curt, rude, perfunctory . . . these just begin to describe the ways I heard airport personnel speak to arriving passengers. "Welcome home," indeed.

But, here I sit, eager to get back on a plane again in two days. I'll leave through O'Hare and retrace my route to Dusseldorf. There I will catch a bus for Stuttgart and rejoin the TIU tour. One week from today I will pick up my own personal travel to Geneva, where I will meet my Karen and spend a week with friends there. Karen will have had her own travel adventure - if only she could appreciate it the way I do. (Chicago - Stockholm - Copenhagen - Geneva) In her short trip she will have fully 60% of the flights I am logging this month!
Posted by Chuck King at 6:53 PM No comments:

How Not to prepare

Finally in the air! The week has not been what one would normally wish before a 5-week trip.

Monday: give 2 finals; be careful to include 2 essays on the longer test.

Tuesday: grade the exams and write a third.

Wednesday: give your last final: again, include essays.

Thursday: try to finish grading, begin to compile course grades. Discover you have cracked a tooth - but not until the dentist is closed (panic when you learn that this week the office is closed both Friday and Saturday). Try to enjoy your last dinner before the trip, alone with your spouse.

Friday: Thank God for a dentist who will come in on his day off and look at the tooth; have some work done. Run other errands - they will take longer than you think they should. Go to campus to play the first commencement ceremony. Drag to bed late after finishing grades.

Saturday: Get out the door early with your spouse and go play the second commencement ceremony. Together  rush immediately to a surprise birthday dinner 4.5 hours away. Have a ball, but leave much earlier than you'd like. Drive partway home to sleep in your in-laws' house.

Sunday: Enjoy the only relaxed morning you've had for a while - or are likely to have for an even longer while. Drive 3+ hours to campus to help get the show on the road.

If it ever comes up, take it from me: This is not the way to prepare for a 5-week trip! 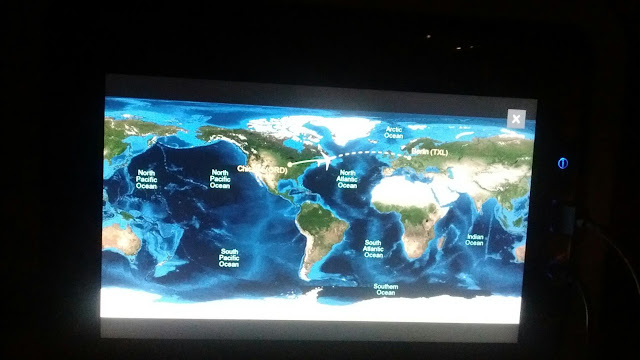 Posted by Chuck King at 5:52 PM No comments:

Well, apart from the adventure of marriage, parenting, and - you know - life . . .

I head out Sunday for a five-week junket in Europe.

It begins with this.

Then, God willing, my Karen joins me to visit with friends near Geneva, Switzerland.

And it ends here. Ten days of here.

Then I return, just in time for the 41st anniversary of my greatest adventure: Life with Karen.
Posted by Chuck King at 11:11 AM No comments: